On a bright, sunny, Friday afternoon in early March, Year 9 got to show off their skills for speech writing and public speaking. Inspired by the speeches of Emma Watson, Martin Luther King, Greta Thunberg and Barack Obama while studying the topic of Leadership, the Year 9 students put pen to paper and wrote their own.

Guided by their teacher, Miss Noreen, the students researched, wrote and rehearsed speeches on various topics ranging from art appreciation to democracy. The physical and electronic social distancing of today's environment did not stop Year 9 from enthralling both judges and audience with their knowledge and conviction of their chosen topics. The listeners were left contemplating the Co2 emissions of short aeroplane trips and how the daily deforestation of the Amazon Rainforest is choking the planet. They learnt that, although most of us live in a democratic society, inequalities between men and women in the work place still exist and society still does not understand that women's safety is a right and not a privilege. The benefits of art and creativity were also extolled on the day especially the use of art to spread awareness of societal inequalities. Lastly, neither the speaker nor the audience could hold back a few tears as it became clear, during Isadora Widdowson's winning speech, that although the United Nations' Declaration of Human Rights states that all men and women have the right to marry whomever they choose, this right does not always apply to members of the LGBTQ+ community, many of whom still live in fear of their lives everyday, simple because they love someone of the same gender.

The competition was very difficult to judge as all contestants performed well but congratulations have to go to Isadora Widdowson, who won first prize for her speech on "Why same sex marriage should be legalised throughout the world", and to Josephine Widdowson who won the runner-up prize for her speech on "The Amazon Rainforest is under threat." Well done everybody! 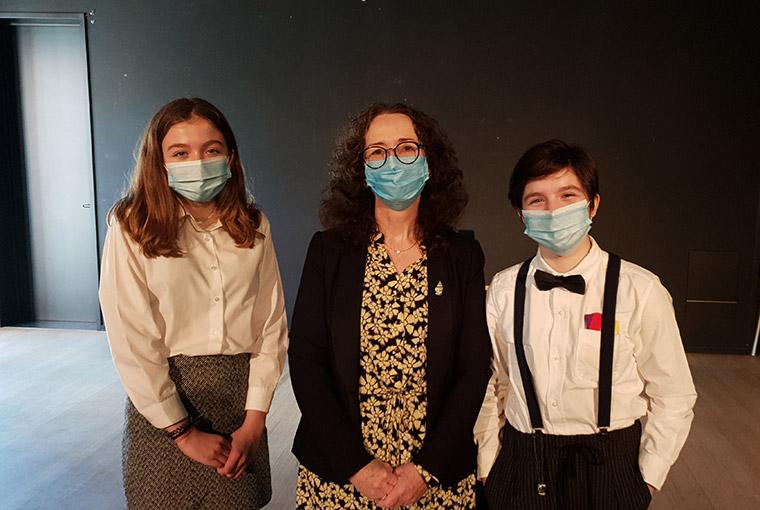