Da Vinci International School was founded by Ms Ilse De Souter in 1997 out of a strong desire to offer both parents and students the high standard of education that they deserve and expect. It would be fair to say that the beginnings of the school were very modest indeed; seven students studying in our founding Principal’s front room.

These founding students and their parents believed strongly in Ms De Souter’s unique way of stimulating young people to set high aspirations and achieve excellent results. And that they certainly did! As word got round, Ms De Souter was inundated with requests from other parents to enrol their children in her ‘small’ school and it soon became clear that this small-scale project had quickly outgrown the confines of her front room.

As fate would have it, the Kindergarten and Primary school that Ms De Souter had attended as a child had recently become vacant following a merger of schools. And so, Da Vinci International School found its home in the Verbondstraat. Over the years, an incredible amount of renovation work has taken place to provide an attractive and stimulating learning environment. Renovation is a continuous and essential process of improving the school. Having recently completed the building of a multifunctional auditorium, new Gym and changing rooms, the following project will see the development of our Upper School building and bespoke sixth form centre. 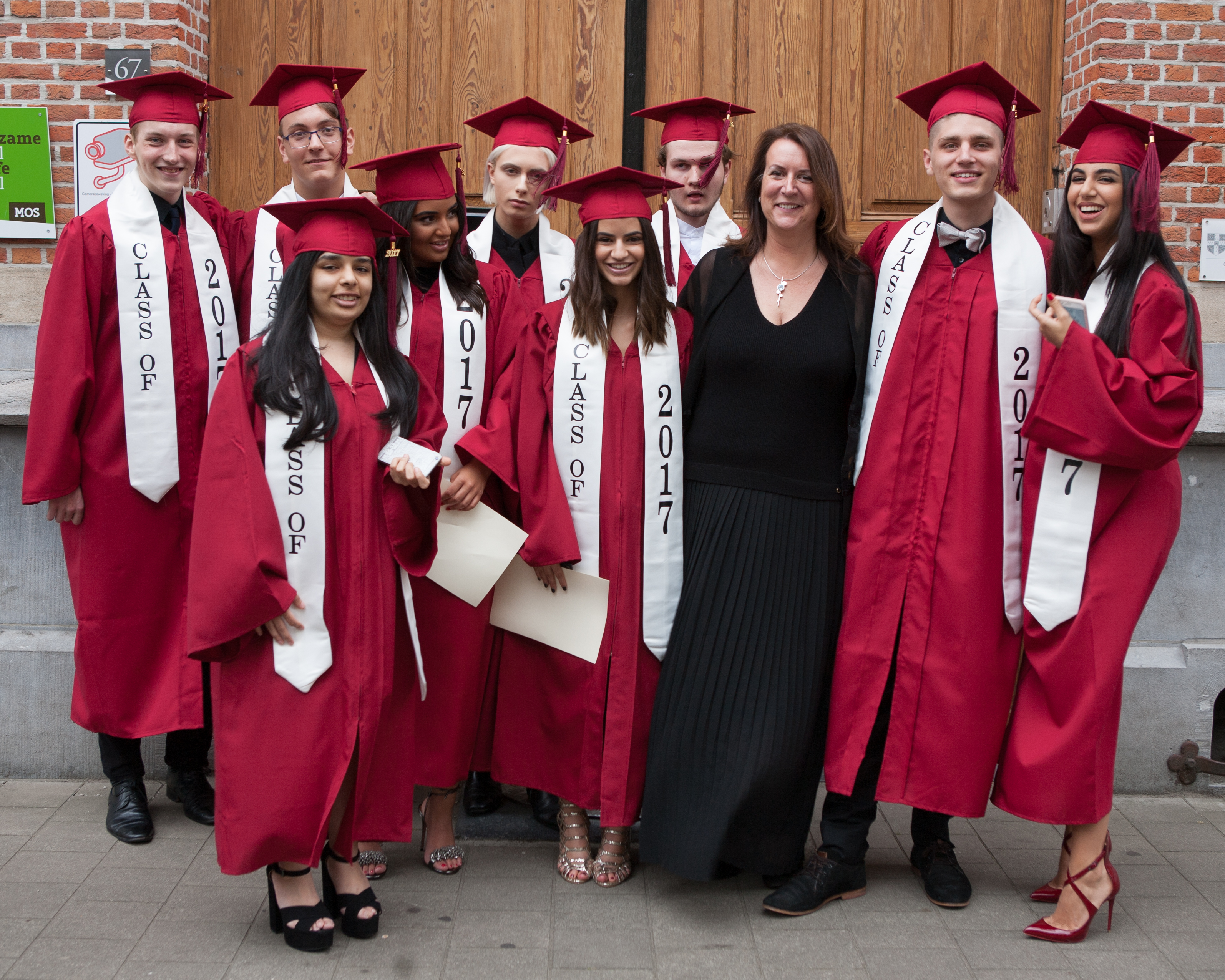 Our founding Principal, Ms De Souter is still very active behind the scenes, working on strategic planning and chairing the school’s board of directors. The day-to-day running of the school is taken care of by the school’s Headmaster, Mr Ian Stanley, and Deputy Heads, Mr Thom Morrell and Mr Mike Bramley.

The Da Vinci story and the success of the school is testament to the dedication of our staff, students and parents alike. It is also a story which is made all the more poignant with the enrolment of children from three of our original founding students. We look forward to future generations making their own contribution to the school’s history.